The city of Shanghai occupies a unique place in imagining China, for foreigners and Chinese alike. In the nineteenth century it was transformed from a fishing village to an international “treaty port,” growing rapidly in population and becoming China’s gateway to the West. In the twentieth century Shanghai was a site of innovation, from politics and capitalism to media and fashion. Vilified in the early Mao years for its past, it has since emerged again as a symbol of China’s modernization. This freshman seminar introduces students to the city and its past, asking how Shanghai has been seen and what its experience reveals about modern China. 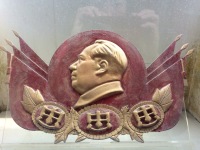 HIST 871/EAST 871: THE HISTORY OF THE PEOPLE’S REPUBLIC OF CHINA